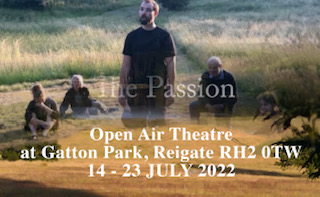 PATH has supported Gatton Community Theatre productions since the choir began in 2007, most recently  for GCT’s  The
Passion which took place at Gatton Park in July 2022. 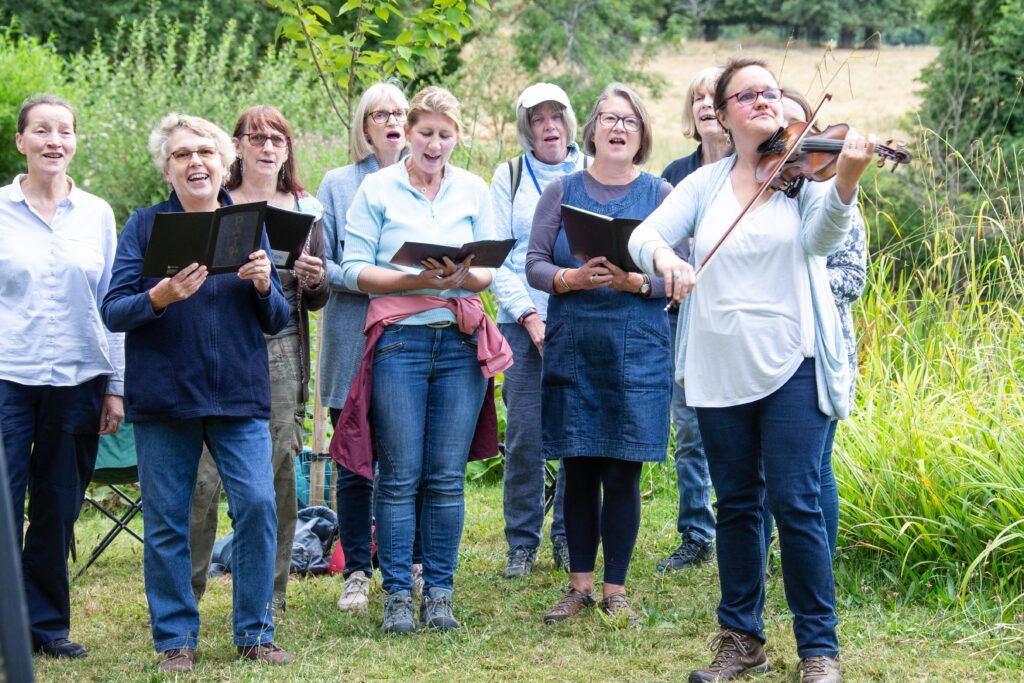 some of the members of PATH Choir during The Passion 2022

PATH choir (Praise God and Take Heart) was formed in September 2007. Libby Egwuba, the choir’s director, had always wanted a choir and  especially one that sang Gospel music.  After talking to Rev’d Val Williams of Merstham parish, Libby decided to set up PATH in the hope that people would come along and learn about singing, and Gospel music in particular.  She also wanted to share her love of worshipping God and hoped others would do the same.

Just two months after PATH was started they played a group of carol singers in GCT’s Christmas production, The Twelve Days Of Christmas.  This was a very successful debut for PATH.  Nearly seventeen years on and the choir now has an established pattern of concerts at both Easter and Christmas and is invited to perform at other local churches and different events in unusual locations  – as well, of course, as continuing to support GCT productions.

The choir practises practise at All Saints Church, South Merstham, each Wednesday evening during termtime. If you are interested in joining, please

Donate to us on PayPal